It’s been 20 years since Sarah Michelle Gellar slayed her last blood-sucker, but now she’s stepping back into the genre for which she’s best known in a TV adaptation of a 2004 young adult novel by Edo van Belkom. Executive produced by Gellar and Teen Wolf creator Todd Davis, among others, the show about a supernatural creature awakened by a California wildfire, shares some similarities with the beloved WB show, which ultimately convinced Gellar to do it. “I wasn’t even going to read the script,” she toldThe Hollywood Reporter in an interview published this month. “I liked Jeff’s work, but I wasn’t going to do a werewolf show. But they convinced me to give it a look, and I loved what he was doing in the pilot. It reminds me of Buffy, not the show itself, but the way it addresses the horrors we’re facing today: anxiety, the stress of daily life, feeling isolated.” — Raechal Shewfelt

WATCH IT: See how the bizarre crime unraveled in Hoax: The Kidnapping of Sherri Papini

In its latest dramatization of a story in the headlines, Lifetime has cast Jaime King as Papini, the Northern California wife and mother-of-two who staged her own, three-week-long abduction, so that she could spend time with her ex-boyfriend, in 2016. She pleaded guilty to setting up the entire thing, then having lied to the FBI about it, in April. Her cover story had been elaborate, complete with what we now know are false claims that two Latinas had kidnapped her at gunpoint, branded her and then kept her chained to a bed, having forced her to use a litter box as her toilet. Since the truth was uncovered, Papini’s husband at the time, Keith, has filed for divorce. King’s co-stars in the TV movie include Matt Hamilton, who appeared on Disney+’s Turner and Hooch and plays Keith, Lossen Chambers (The Flash) and Andy Thompson (A Million Little Things). But while you might think that you know what to expect, don’t be so sure. King has said that her intention with the Marta Borowski-directed project is to “give Sherri her rights back,” as people must “recognize someone who has been abused and the mental health issues that are denied.” — R.S.

Hoax: The Kidnapping of Sherri Papini premieres Saturday, Jan. 28 at 8 p.m. on Lifetime.

Kaepernick, the NFL star-turned-civil rights activist, along with ABC News Studios, brings audiences this three-part docuseries about crime in the California city of Bakersfield. It follows the local Ramirez family as a shooting at a local hotel makes them “question everything they know about their town,” in a story that involves alleged corruption… and all the deception that comes along with it. André Holland, from American Horror Story, Moonlight and Castle Rock, narrates the twisty tale. — R.S.

WATCH IT: The Playboy Murders reveals the true-crime stories behind the adult brand 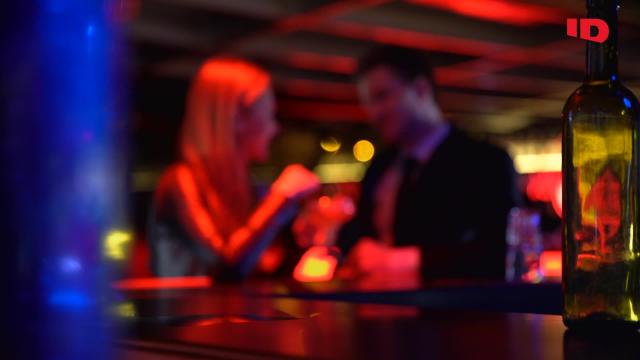 ‘The Playboy Murders’ sneak peek: ‘It was all a facade’

The seedy side of the once-dominant Playboy brandhas been much-explored in recent years, and ID’s new docuseries, The Playboy Murders, continues to expose previously hidden secrets. Executive-produced by a former Playboy Bunny, Holly Madison, each episode of the six-part series chronicles the short lives and violent ends of Playmates like Jasmine Fiore and Christina Carlin-Kraft. This exclusive clip from the series discusses Jasmine’s relationship with her husband — former reality TV star Ryan Jenkins — who was charged with her 2009 murder and died by suicide days later. — Ethan Alter 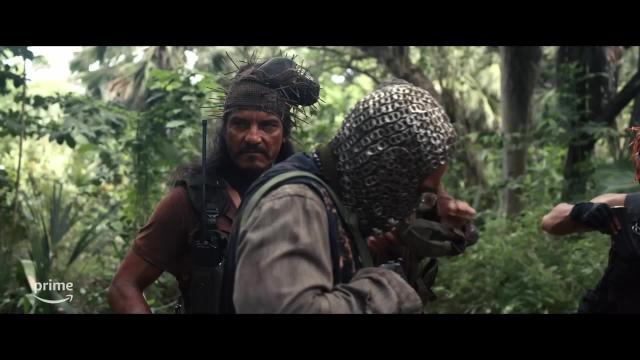 Tom and Grace gather their lovable, but opiniated families together for an extravagant destination wedding thinking their only issues are their cold feet. With the entire wedding party taken hostage, the couple rediscover their love for each other while saving their families.

Who would’ve thought? There’s a lot of interest in content involving Jennifer Lopez getting married. The first trailer for Shotgun Wedding (above) went viral, though not necessarily just because of J.Lo. It was more the insane twist the preview takes — beginning as an amusing Marry Me-esque rom-com, with a couple (Lopez and Josh Duhamel) getting married in paradise, quirky families in tow — then all hell breaks loose about a minute in when the pirates show up and take everyone hostage. (And we mean Captain Phillips pirates, not Hook pirates.) We’re happy to report the movie in full is just as bananas. Come for Lopez and Duhamel kicking ass in formal wear for 60 minutes, stay for Jennifer Coolidge, who — to the surprise of no one at this point — steals the whole show. — Kevin Polowy

WATCH IT: One Fine Morning is another winner from one of France’s finest auteurs

Talk about repeat victories: Mia Hansen-Løve’s Bergman Island was one of the best films of 2021 and her follow-up, One Fine Morning, easily qualifies among 2022’s finest film offerings. Opening in general release after playing the festival circuit last fall, the movie features No Time to Die star, Léa Seydoux, as a young widow who falls into a love affair with her married best friend while also dealing with her dad’s declining health. A beautifully observed slice-of-life-story, One Fine Morning depicts the central character’s personal crises with plenty of emotional weight that never tips the scales into turgid melodrama. Here’s to Hansen-Løve making the best films of 2023, 2024 and beyond. — E.A.

If Glass Onion left you hungry for more Rian Johnson-generated detective yarns, Poker Face offers a 10-course serving of fresh sleuthing. Natasha Lyonne plays Charlie, a former card shark whose superpower is catching people in lies. Forced to go on the lam after a bad night in Vegas, Charlie gets lost in America and finds lots of murders in need of solving. While viewers always learn who the killer(s) are in the beginning of every episode, the fun of the show is watching Lyonne’s wisecracking crime solver catch the guilty parties in a lie. Also fun: watching the all-star cast of famous faces who guest star in every episode, from Adrien Brody and Hong Chau to Jameela Jamil and Nick Nolte. — E.A.

WATCH IT: The Bachelor is back — and (still) looking for love

Ready for the most dramatic, most eye-opening, most heartfelt season of The Bachelor yet? Well, here we go again. Following last season’s double Bachelorette bonanza, ABC selected just one man on his journey to love to headline the series. What do we know about Season 27’s lead Zach Shallcross? (Other than the fact that his uncle played Seinfeld’s David Puddy.) In his own words, he’s a “lovey, huggy boyfriend.” His love languages? “I like to give words of affirmation and physical touch.” And don’t worry, he “believes in love at first sight.” Whether you’re hate-watching or can’t get enough (or find yourself somewhere in between), ABC says, ’tis the season for Mr. Right Reasons. We’ll reserve judgment on that. — Alexis Shaw

HEAR IT: Sam Smith returns in all their glory

It’s a new era for British crooner Sam Smith, who in recent years has embraced their queerness, nonbinary identity, and overall fabulousness; grappled with internalized (and external) homophobia and body issues; and come out the other side of it all with their triumphant fourth album, Gloria, which according to a recent Billboard cover-story interview is brimming with “queer joy.” Smith also recently explained to Michelle Visage on her BBC show Rule Breakers, “There’s a fighter voice in all of us and you’ve just got to look after that. … My album Gloria, I’ve called it Gloria because I’ve called that voice inside me ‘Gloria.’ It’s like a voice in my head that just says, ‘You can do it.’ And kids have just got to access that voice and feed it.” The album is led by the absolute banger of a global dance smash, “Unholy,” which is Smith’s highest-charting hit, even surpassing their 2014 breakthrough “Stay With Me”; that single recently made history when Smith became the first openly nonbinary person to hit No.1 on the Billboard Hot 100, and their duet partner Kim Petras became the first openly transgender woman to do so. Other Gloria collaborators include Jessie Reyez, Koffee and Ed Sheeran. — Lyndsey Parker

Gloria by Sam Smith is available Friday, Jan. 27 to download/stream on Apple Music.

READ IT: The Way They Were features the nightmarish, behind-the-scenes stories of making the love story The Way We Were

Fifty years after Barbra Streisand and Robert Redford starred in the romantic drama so beloved that it was quoted in the zeitgeisty show Sex and the City, when Carrie says to Mr. Big, “Your girl is lovely, Hubbell,” a whopping 26 years after the movie’s release, this new book unveils what went on when the cameras were off. Entertainment journalist Robert Hofler, who’s won acclaim for his works on writer Dominick Dunne and Hollywood power broker Henry Willson, documents Babs’s skyrocketing demands, Redford’s concerns about his leading lady’s “controlling” reputation and other obstacles, such as countless rewrites of the script. It’s a Hollywood tale that involves not only the iconic lead actors, but legends such as Sydney Pollack, Ray Stark, Marvin Hamlisch, Dalton Trumbo and more. — R.S.

The Way They Were: How Epic Battles and Bruised Egos Brought a Classic Hollywood Love Story to the Screen is available Tuesday, Jan. 24 at Amazon and other booksellers.

No contest: Fisher-Price’s new line of little Seinfeld figures will make adorable additions to any TV addict’s toy collection. These 2.5-inch-tall versions of Jerry, George, Elaine and Kramer are all packaged together in a set that includes Easter eggs for serious fans. Yada yada… these will sell out faster than puffy shirts. — E.A.

George Geary’s new treasury of more than 50 Los Angeles-area eateries, some of which have closed up shop and still others that continue to draw tourists and locals alike, is as star-studded as the City of Angels itself. Take, for instance, its section on El Coyote Mexican Cafe, a mid-city Mexican joint that’s been in operation since 1931, and whose long list of celebrity diners over the years includes Grace Kelly, on an early date with Prince Rainier of Monaco, and actress Sharon Tate and her friends on the 1969 evening when they were brutally murdered by the Manson family. Each restaurant entry features vintage photos, facts and even recipes from the storied locales. Kardashian family favorite Casa Vega, Sunset Boulevard favorite Barney’s Beanery, and Tom Bergin’s, the Irish pub where Cary Grant always had a reserved seat, are a few of the other venues profiled in this coffee-table worthy book. — R.S.

L.A.’s Landmark Restaurants: Celebrating the Legendary Locations Where Angelenos Have Dined for Generations is available now at Amazon and other bookstores.