Robbie Williams has said he no longer looks for sex with strangers because wife Ayda Field gives him, “everything I want”.

The She’s The One singer – who has spoken in the past about his struggles with sex, drink and drug addictions – described himself as a “sh**ger” but said his wife of 12 years is so special she has stopped him wanting to pursue his vices.

Williams, 48, told Grazia: “[It’s] amazing for somebody built like me – to put it in vulgar terms – a sh**ger. She gives me everything I want.

“I don’t mean sex-wise. My thing in the 90s was sex with strangers, I didn’t know whether I’d be able to give that up.

“I was saying to her last night, it’s really special that we’re around a lot of really good looking people, all the way through the summer – and I feel no longing to be up to the nefarious stuff.

“She’s really empathetic, really kind, incredibly smart and very, very funny – and I trust her. The thing with sex with other people is very much like cocaine. I’m not looking for cocaine any more and therefore I don’t find it.”

Watch: Robbie Williams to star in tell-all documentary about his life 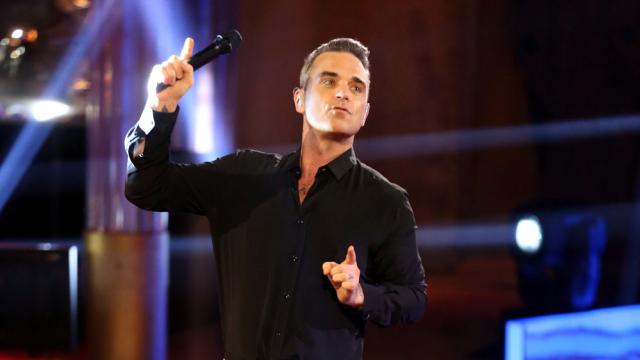 Scroll back up to restore default view.

They met in May 2006 when US model Field featured in a documentary he produced for BBC Radio 4 about UFOs.

Field has said previously that Williams broke up with her multiple times before they eventually got married.

She told The Times in 2020: “The most generous way of describing his breaking-up methods is ‘questionable’. But I was in love with him. He was a lovely, beautiful human and he was just so charming and funny and amazing.

“He had my heart. He was my soulmate. He used to say, ‘I’m never getting married and I’m never having kids.’ We laugh at that now.

“For the most part, we just get along. I value his opinion. I trust his answers. And he makes me laugh more than any other human on the planet.”

Williams is promoting his 13th solo album XXV, due out in September.

XXV is set to be Williams’ first album in three years and his first non-Christmas album since 2016’s The Heavy Entertainment Show which went to number one in the UK.

All but one of Williams’ so far released 12 solo albums have topped the charts in Britain with him selling over 75 million records worldwide as a solo artist and as part of Take That.

Williams has so far release three singles from XXV but none have charted in the UK. The pop legend hasn’t had a charting single in the UK since 2016’s Love My Life which reached number 22. The last time he broke the top 10 was in 2013 with Gentle.