Passengers aboard Royal Caribbean’s The Harmony of the Seas could be heard screaming as the 1,188-foot ship crashed into a pier in Jamaica.

The incident happened on Thursday when the cruise liner docked at Falmouth, a busy port on the country’s northern shore, at about 7am.

Several bits of port infrastructure were damaged in the collision, including a pier structure which was crushed by the 227,000 tonne vessel. An investigation is underway.

Passengers could be heard screaming as the ship drifted towards the port and crashed into a pier, where it was trying to dock.

“Oh my God”, one woman could be heard crying out in a video of the crash which has attracted more than 500,000 views on social media. Another passenger was heard yelling “Holy s***”.

Despite the terror felt by those aboard the Harmony, there were reportedly no injuries – although the vessel did sustain “cosmetic” damage during the collision, Royal Caribbean said in a statement to RoyalCaribbean.com.

The ship’s operator said the Harmony, a 6,687-passenger vessel which was launched in 2016, was able to continue its cruise without issue. 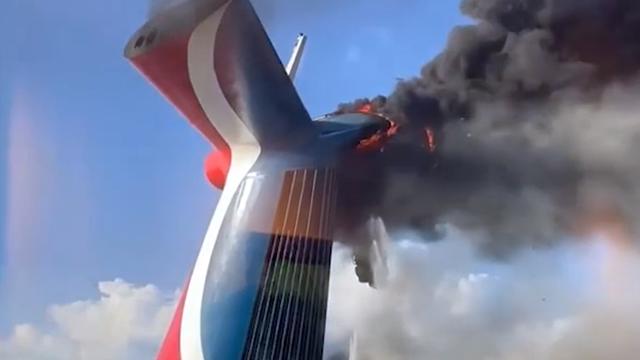 Jamaica’s tourism minister meanwhile told reporters that Falmouth’s port would need some repairs and would be operational this week.

“We are repairing the damaged areas at the port now,” the minister, Edmund Bartlett, was reported by RoyalCaribbean.com as saying. “The divers are there now recovering the broken elements and we should be back in full order for the ships that come next week.”

The Port Authority of Jamaica said in a statement of its own on Friday that an investigation involving Royal Caribbean would be carried out and that damage to infrastructure was being assessed.

Royal Caribbean toldThe Independent: “During arrival in Falmouth, Jamaica, Harmony of the Seas made contact with an extension part of the dock. There were no injuries to guests or crew and only minor cosmetic damage to the ship’s stern. The sailing continued as scheduled.”